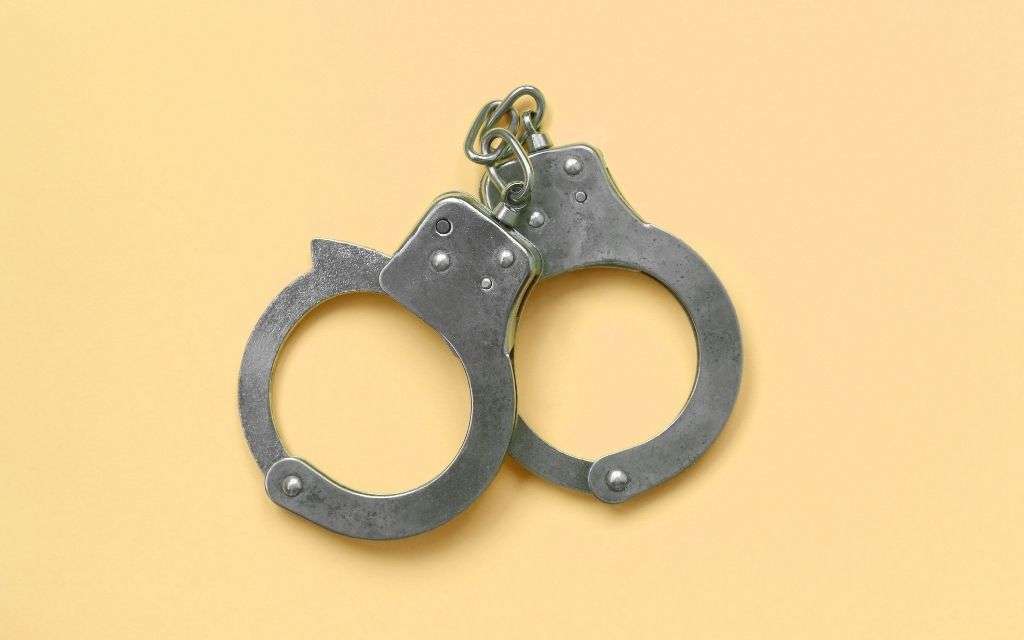 Welp, you did it. You’ve joined the ranks of many other hardened internet misfits and landed yourself in the pokey. It’s a safe bet that Facebook Jail was not on your to-do list for today. So you might be feeling a bit confused, frustrated, and on the edge of a full-blown panic attack.

Not to worry. I got you! Having a direct sales business that took place primarily on Facebook, along with a sizable team that was also working their businesses virtually, I’ve landed myself in Facebook Jail more times than I care to recount. Yep, I’m a repeat offender. I’m fairly certain that my picture is plastered up on someone’s office wall. I’m kidding, of course. But there were times when I was pretty convinced that Facebook was out to get me. The one time I was in and out of jail for a solid 6 weeks was definitely one of them.

You might be wondering how in the world you’re supposed to keep your business running with all this Facebook jail nonsense hanging over your head. Let’s walk through what Facebook Jail is and what you can do now. Let’s dig in! 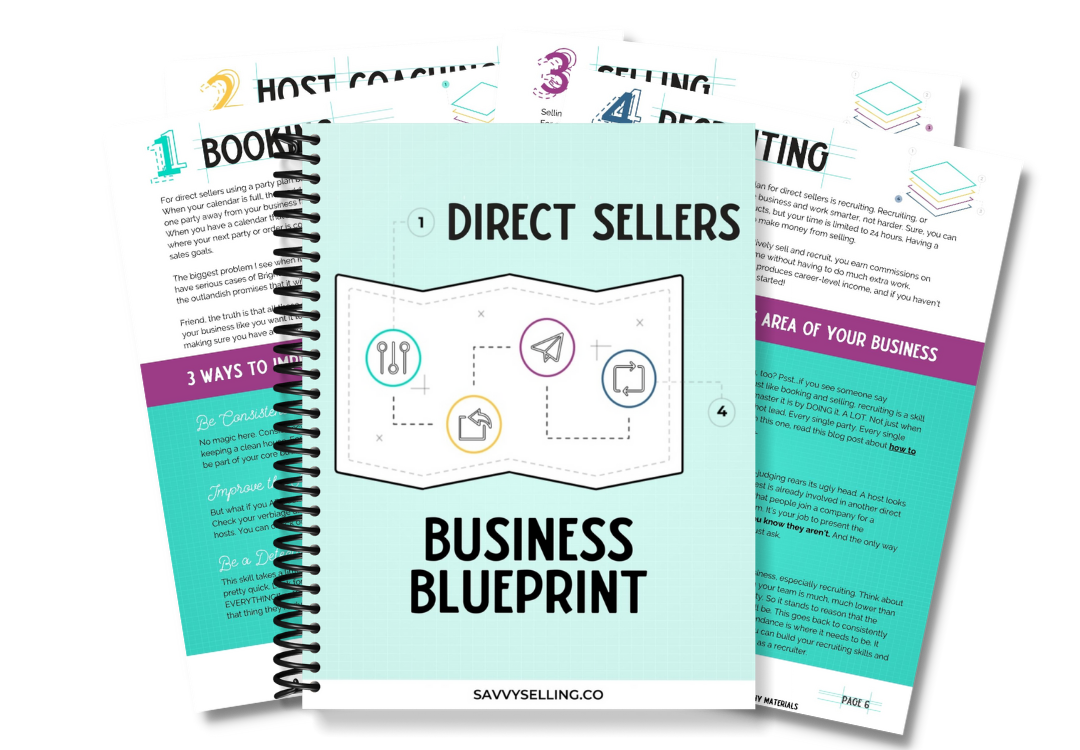 Want a proven plan for growing your direct sales business without feeling like you're chasing your tail? The Direct Sellers Business Blueprint explains the 4 key areas you must master to build a simplified, systematic business. It will even tell you which area to tackle first, so you can stop feeling overwhelmed or confused about what to do next. The best part? It's completely FREE!

First, let’s clarify what Facebook Jail is and is not. The best way I can define it is when you have limited ability to do your normal Facebook activities for a specified time period. The limitations have shown up in random ways like not being able to comment or react to posts. I’ve had times where I couldn’t post in groups, but I could post in events. I’ve also had times where Messenger got shot down, and I had to pull out my cell phone to communicate with people. GASP!

You can stay in jail anywhere from a few minutes or hours to days. I think it’s kind of like real jail. It all depends on how bad the offense was and how often you’ve been busted repeating it. And guess what! Facebook doesn’t always tell you how long you’re locked up.

Another thing to keep in mind is that Facebook is a web application, which means it works like your computer. Sometimes it glitches. So don’t panic and assume you’re in jail just because something happened one time, and you can go right back to what you were doing 2 minutes later. That was probably just gremlins, and you shouldn’t be too concerned.

If something bigger happens, like all of your events disappear, or you can’t even find the Facebook website, there’s probably an outage. Just hop over to Google and search “Is Facebook Down?”. Many websites track these things, and you’ll know pretty quickly if something much bigger is going on. If it’s down, go ahead and check out. They’ll have it back up as soon as they can. Since we know what Facebook Jail is, let’s walk through what to do now.

Any number of reasons can land you in Facebook Jail, but the biggest thing to remember when you’re on Facebook  – if you act like a bot, they will treat you like a bot.  Bot-like behavior can be anything from posting too quickly to posting identical content in multiple groups or pages in quick succession. Leave at least a few minutes between each post to avoid being seen as a bot.

Basically, you lose the ability to create posts, message people, and create events. Most of the time, the “punishment” depends on what you were doing when you got thrown into the slammer.

Unfortunately, we don’t know. I’ve seen Facebook Jail last anywhere from minutes or hours to weeks at a time. If it’s truly a glitch, it’s normally rectified within a few days. But if you’ve been unknowingly misusing the platform, it can last even longer.

I know Facebook Jail can be crazy frustrating, especially if you’ve been in there more than once. But the thing we need to remember is that Facebook is free to use, and they can change the rules any time they see fit. They are in business to make money and keep users on their platform happy. They change stuff periodically to adapt to the behavior of the users without any notice to the rest of us that are using it to run a business.

It doesn’t do us any good to get riled up about it. It’s in our best interest as people who use Facebook for business to pivot along with them when they change. So instead of getting upset, do your best to figure out what happened and what behavior you need to change to keep the Facebook bots happy. 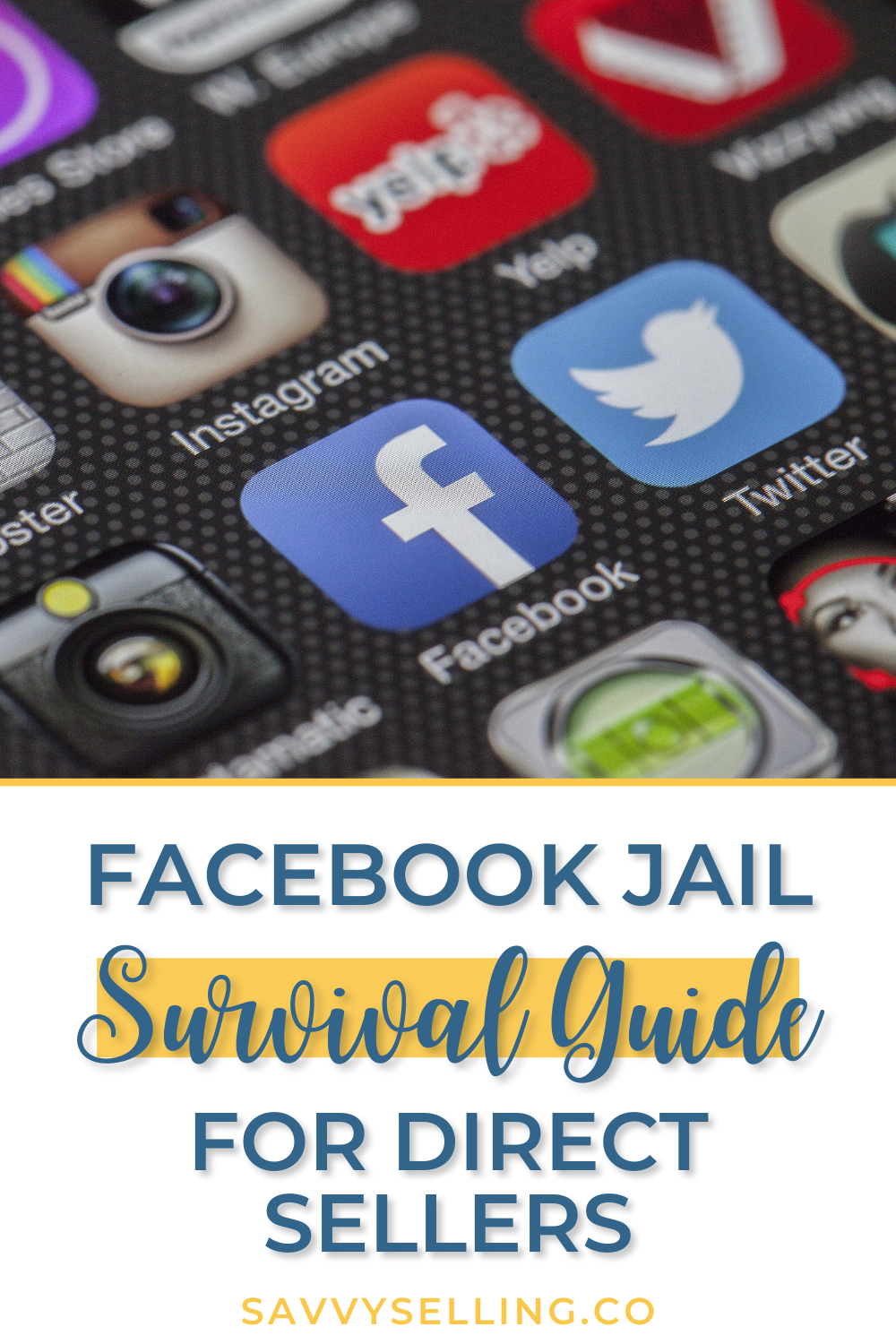 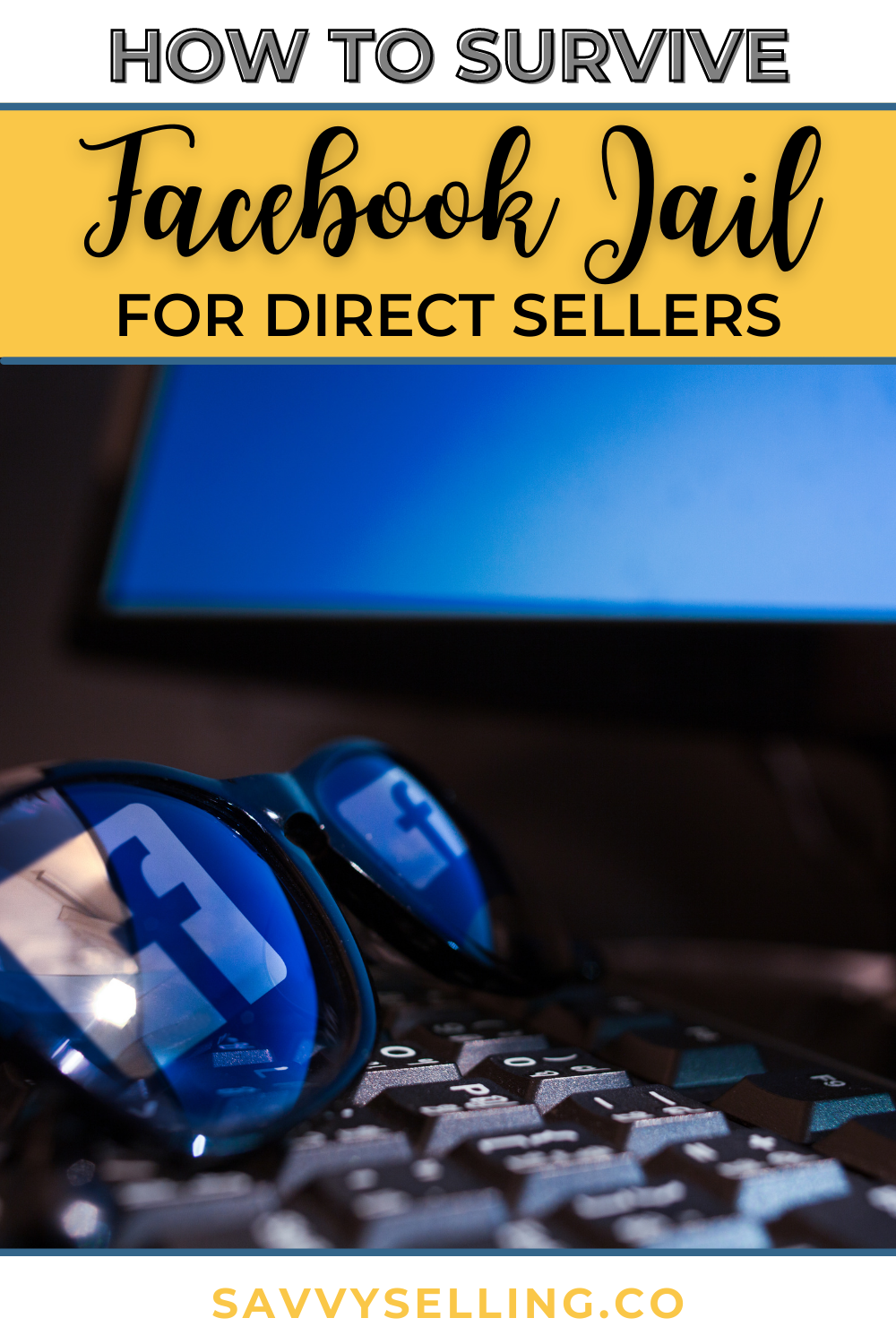 Want a proven plan for growing your direct sales business without feeling like you're chasing your tail? The Direct Sellers Business Blueprint explains the 4 key areas you must master to build a simplified, systematic business. It will even tell you which area to tackle first, so you can stop feeling overwhelmed or confused about what to do next. The best part? It's completely FREE!

Mary Haynes is a highly successful direct sales leader turned strategist and coach. Her passion is helping party plan people streamline and scale their businesses using simple, proven strategies. Her goal is to eliminate business overwhelm so direct sellers know exactly what to do and when to do it. Mary is also a homeschooling mama that lives in sunny Florida with her husband, 4 kiddos, 2 dogs, and various other backyard animals. 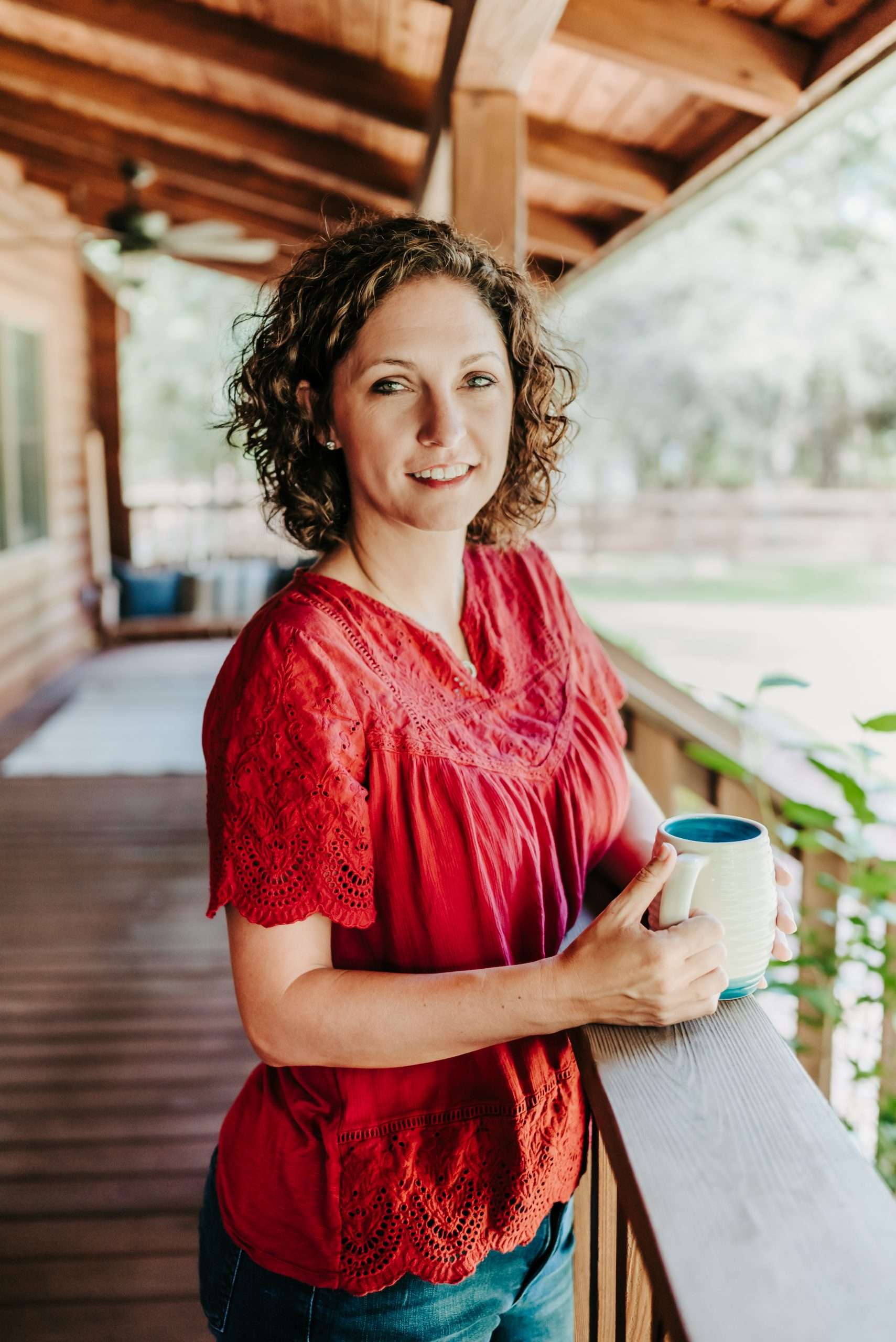 I've been right where you are - in the middle of the direct sales hustle. I remember the grind of trying to figure out every new tip or trick to build my own direct sales business.  I want to show you a better, simpler way. My passion is helping you simplify and streamline your direct sales business using proven systems that reduce overwhelm and help you reach your business goals even faster! Find out more about what me and my team here. 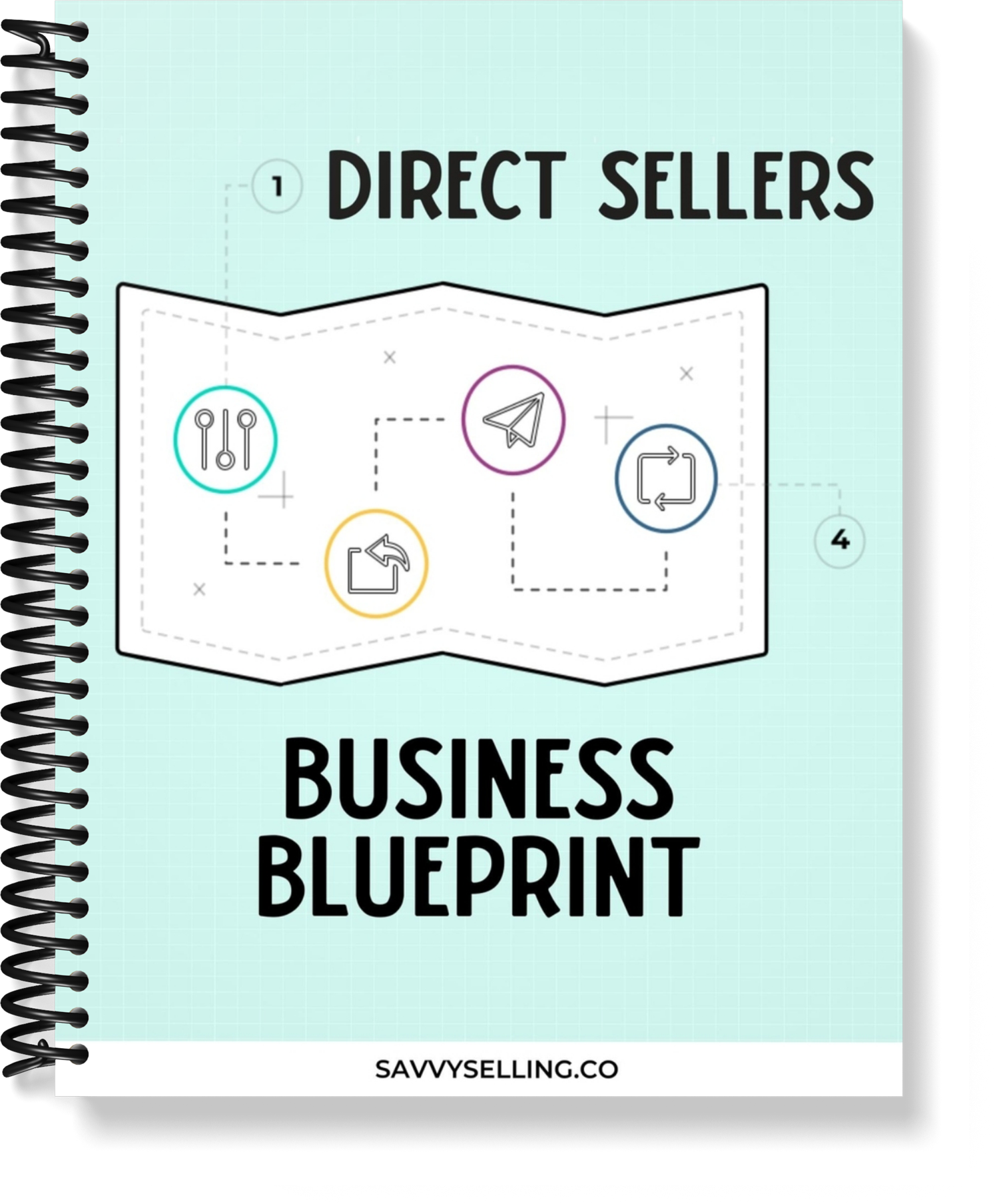 Have you tried every idea under the sun? Are you tired of wondering what to do next? That's why we created the Direct Sellers Business Blueprint. It walks you through the simple, proven plan for building a thriving direct sales business. No chaos, confusion, or overwhelm. Simple steps done in the right order. And the best part is that it's free! 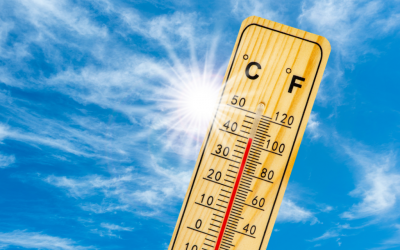 Summer is here, the weather is hot, and many of your customers are on vacation. But you can turn a hot summer into a...

END_OF_DOCUMENT_TOKEN_TO_BE_REPLACED 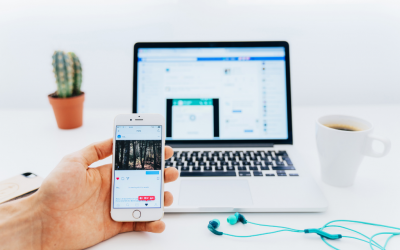 Gone are the days when you could slap a few posts on Facebook and the sales would come streaming in. Online parties...

END_OF_DOCUMENT_TOKEN_TO_BE_REPLACED 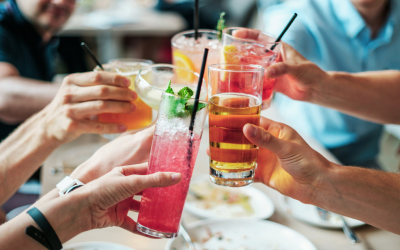 How to Create a Compelling Party Theme

If you’ve ever struggled to get your party guests commenting and engaging with your Facebook party posts, it might be...